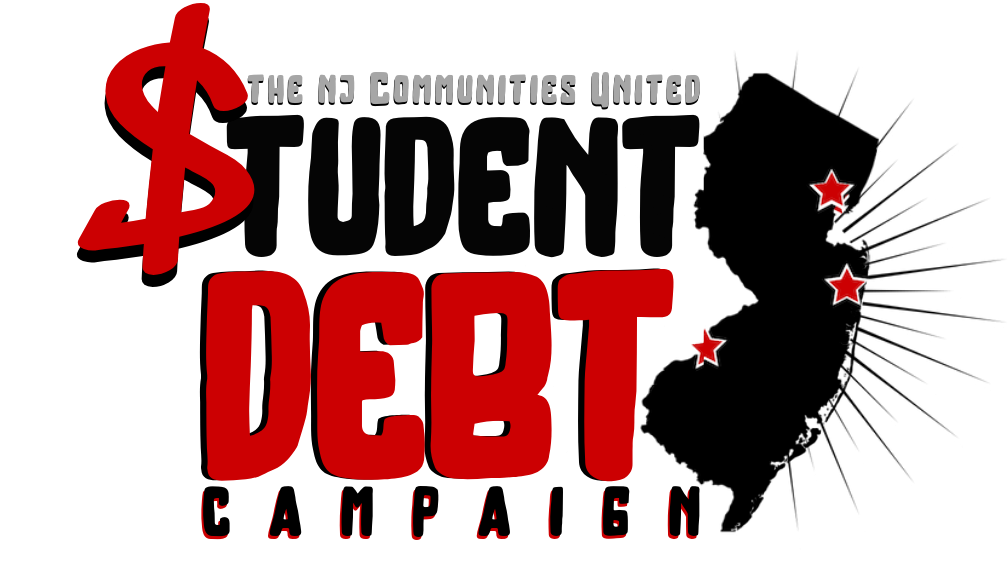 STUDENT LOAN DEBT DOUBLED OVER THE PAST DECADE, SURPASSING $1.5 TRILLION, SECOND ONLY TO MORTGAGE DEBT!

The New Jersey state legislature has opted to protect millionaires, billionaires, and corporations by refusing to pass a Millionaires’ Tax. While the wealthy are given a pass, working-class families are told that hard work and going to school will increase their opportunities for wealth. The truth is that no matter how hard you work, a college degree is more likely to create debt than it is to create wealth.

Just like the foreclosure crisis and the medical debt crisis, the student debt crisis has been manufactured by Wall Street to create profit for private interests by extracting wealth from taxpayers, low-income, working-class communities and communities of color.

There are three ways you can plug into NJCU’s Student Debt Campaign: